As on most Saturdays, I have a batch of vegetable stock simmering away on the stove. Today, the pot includes the trimmings from a couple of enormous leeks I bought at the market this morning, a couple of slightly overripe hothouse tomatoes, a bulb of fennel that failed to make it into last week’s dinners, the other half of a celery root (the first half went into a roasted vegetable pizza), a huge carrot, a few less-than-perfect green

beans, an onion, three small potatoes, a couple of orphan courgettes (zucchini), a handful of garlic cloves that were too tiny to bother peeling, some odds and ends of dried mushrooms, sprigs of parsley, coriander, and mint, some sea salt, a bay leaf, and a few peppercorns. This is a pretty typical spring stock. By summer, the celery root and carrots will go, to be replaced with corn cobs, basil, and bright summer tomatoes.

Before 2013 — the year I emigrated to New Zealand — this would be the weekend I would be making hearty, autumn stock with caramelised onions, carrots, parsnips, turnips, celery, and mushrooms. That bold, dark, flavourful stock would then get reduced to become the foundation of Thanksgiving dinner. It would flavour the cheese and nut loaf that filled in for turkey at our vegetarian celebration, as well as provide the base for mushroom or sage and onion gravy. Some would go into a hearty vegetable soup for the night before. During Thanksgiving week, it seemed there was stock simmering on the stove all the time. It smelled like comfort. And home.

All the time I was growing up, my parents and I lived far from our extended family in Wisconsin. So, traveling there for Thanksgiving was impractical. We were just three — Dad, Mom, and I — and Dad hated turkey, so a big Thanksgiving bird presented something of a challenge as well. But, wait. This (mostly) isn’t a sad story of Thanksgiving deprivation. Rather, it is a story about chosen families.

An early Thanksgiving. My first, perhaps?

My first chosen family consisted of my mother’s best friend in Washington, Aunt Suzie, her daughter, Kamie, and Suzie’s mother, Grandma Ambler. [One year, when I was living at their house during an internship, I made the mistake of mentioning to Grandma Ambler that I liked popcorn. I was, subsequently, nearly loved to death by popcorn. I still can’t eat popcorn without thinking of her.] Kamie was , and remains, the pesky little sister I never had. In latter years, Suzie became my Mom-away-from-Mom. And when I was little, every year, we rode “over the river and through the woods” to Suzie’s house for Thanksgiving. And Christmas. And Easter. July 4th was at our house — fireworks and all.

In 1967, my Dad got a job teaching German History at the University of Georgia and we moved south. WAY south. So far south that they still had dry counties. Mom threatened to call and having the moving van turned around. Eventually, Dad became a sort of bootlegger, driving to Fulton County — the closest county where one could purchase hard liquor — once a month to lay in a supply for all the boozers in our neighbourhood.

Beer, fortunately, was a bit closer. For that, we drove to Arcade, Georgia:  a town in nearby Jackson County with a population of 229, according to the 1970 census, no liquor tax, and one package store that sold whatever beer had fallen off the back of the truck for deeply discounted prices. Apart from cheap beer, Arcade’s other claim to fame was as one of Georgia’s notorious speed traps. Athens is much bigger, now. So, I gather, is Arcade.

It took a while, but we gradually built a new chosen family in Athens: Dad’s best bud, Jim, his wife Betsye, and their daughter, Lexi (the second pesky little sister I never had) and Ben and Neva and their various grown daughters. The holidays rotated. Ben and Neva did Christmas. Jim and Betsye did New Year’s Eve. And we did Thanksgiving. The bird, gallons and gallons of mashed potatoes and gravy, and pumpkin pie. Always pumpkin pie: the one on the back of the Libby’s pumpkin can, which is the last pumpkin pie recipe you’ll ever need. Trust me. 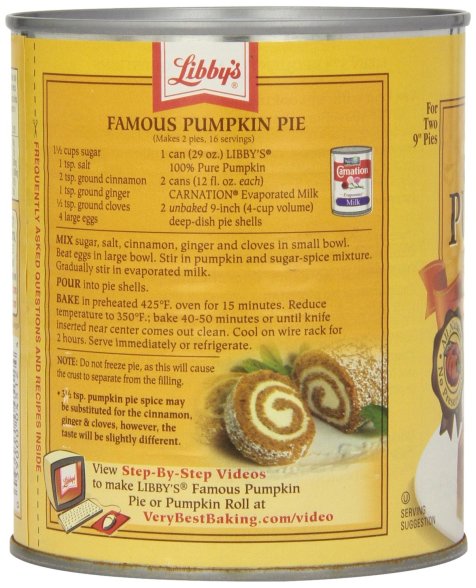 The Libby’s Famous Pumpkin Pie recipe. Now you know everything you need to know about making pumpkin pie.

My contribution was the stuffing. Next to mashed potatoes and gravy, for me, the best part of Thanksgiving dinner was the stuffing. Which, in my lexicon, is stuffing, even if it never sees the inside of a bird (or anything else). You may choose to call it dressing. I’ll forgive you. My Dad had a fabulously productive chestnut tree in the front yard. And yes, it was spreading (but not spreading enough for a village smithy). So, starting in the early 1980s, when the tree started producing fruit, I started making chestnut stuffing, and never looked back. At least, not until Dad, growing old and tired of picking up the prickly outer shells, cut down the tree. Turns out, when run over by a lawn mower, they become potentially lethal projectiles.

Chestnut stuffing — chestnut anything — is a labor of love. First you have to cut an X in the shell (not even as close to as easy as it sounds), then either roast or steam the chestnuts, then peel off the still really, really tough shells. But it is worth it. The meat of the chestnut is rich, musky, and a bit chewy. It makes gorgeous turkey stuffing, but it is an even more rewarding vegetarian stuffing, cooked in a dish instead of a bird.

Apart from the chestnuts, there was nothing tricky about my stuffing. It had all the usual suspects: a package of Pepperidge Farm dry stuffing mix (I’ve tried making my own croutons for stuffing out of home baked bread. It isn’t worth it. I don’t sew my own shoes, either), a couple of chopped celery stalks, an apple or two, some poultry seasoning, a lightly sautéed chopped largish yellow onion, and enough vegetable stock. How much is enough? Enough. It depends on how wet (or dry) you like your baked stuffing. I like mine pretty mushy; more like bread pudding than pilaf, if that makes sense. With lots and lots on gravy on.

Preparing chestnuts for chestnut stuffing. Judging from the hair and the vintage 1970s decor, this was early 1980s. As 70s wallpaper goes, though, this wasn’t bad.

When I moved back to Washington to pursue my brilliant career, I found that the trip between DC and Georgia was a bit too long to make twice in a month’s time. My priority was to go home for Christmas, so I was a Thanksgiving orphan. Most years, I returned to the folds of my original chosen family — Suzie and Kamie.  I spent Thanksgiving 2000 glued to CNN, following the unfolding drama of the “hanging chads” (in case you missed it, Bush won in a TKO) unfold in Florida, with a great bottle of wine, and a turkey TV dinner. A couple of years, I flew out to spend Thanksgiving with my friends Karen and John in Corvallis, Oregon. A long weekend of eating beautiful Oregon produce and tasting Willamette Valley Pinot Noir. Heaven. The year my father died, Mom and I spent Thanksgiving (and Christmas) at home, watching Jane Austen DVDs, trying not to cry and pretending the holidays weren’t happening. I don’t remember what we ate. If we ate. Grief made everything taste like sand.

In 2009, I married the love of my life, and we built our own little chosen family with our neighbours (and dog sharers) Pete and Anita, some years, with their son Mike and his lovely bride, Mary Beth. As Mike and Mary Beth are almost vegetarians, we established a new Thanksgiving tradition. I made the cheese and nut loaf and gravy, they provided sides, and Anita made the pumpkin pie. Most years, I also made some roasted brussels sprouts. In addition to kale, I fancy myself an evangelist for all misunderstood brassicas. We proved that it is possible to eat yourself into a coma without a single turkey being harmed.

Our last Thanksgiving in Virginia, with Pete and Anita. And that is not a dog at the table.

This will be the first Thanksgiving since we moved to New Zealand that I won’t be out of the country on travel on the fourth Thursday in November. It won’t be Thanksgiving here. It will just be the fourth Thursday in November. I have an accordion lesson scheduled. It’s just another day. Moreover, it will be just another spring day. There are no environmental triggers here that say : Hey! You! It’s almost Thanksgiving! The farmers’ market was full of fresh asparagus, favas, spinach, and strawberries — none of which rode here on airplanes or cargo ships. There are no specials on turkeys, or cans of Libby’s pumpkin stacked in the aisles at the grocery store. In fact, cans of pumpkin are hard to come by, here. You have to find a store with a special “American food” section, and then, you may or may not find a can of Libby’s pumpkin.

I think I will try, though. Maybe a Libby’s pumpkin pie is just the right thing to bring a little Thanksgiving to my new chosen home in New Zealand. In her touching new memoir/cookbook, My Kitchen Year, Ruth Reichl mentions that she roasts her Libby’s pumpkin a bit to caramelise it and intensify the flavour. While, in general, my position is “don’t mess with the Libby’s pumpkin pie,” maybe I’ll try that. A new pumpkin pie for a new chosen home in a land without Thanksgiving. And, in time, we will build a new chosen family. We are making a good start. They know who they are. And perhaps, in another, year, our new chosen family will come together for a chosen Thanksgiving, not to honour the autumn’s bounty, but to celebrate the promise of spring. 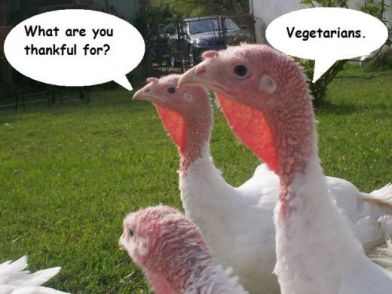