The early 1990s were a pivotal period in human history: the Soviet Union collapsed ending the Cold War, the United States became, for a while, the world’s unchallenged “hyperpower,” Bill Clinton was elected President of the United States, and Susan and I discovered Bobolis. 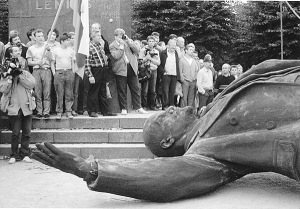 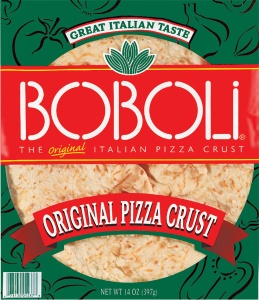 The late 1980s were the black hole in my pizza universe. The years between January 1985 and June 1989 were a wormhole of studying, drinking, and bad fast food . . . and drinking. After I separated from my first husband, I made it my personal goal to 1) get a Ph.D. in military history, and 2) drink all the beer in central Ohio. I eventually accomplished #1 and fell just short of #2. My two roommates and I were each living on the princely sum of $385/month, which paid for rent, utilities, books, beer and food, pretty much in that order. We lived on chicken wings (on BW3 nickel wing days), beer, White Castle burgers, beer, Mickey D’s Happy Meals (cheeseburger and strawberry shake for me), beer, and lots and lots of bad pizza and beer. Notice a pattern here?

Historical note: BW3 — Buffalo Wild Wings and Weck — eventually dropped its third W and became the national chain, Buffalo Wild Wings. We ate at the very first one. Now they have a NCAA Bowl Game. I wish I’d bought stock.

The original BW3, including the satellite dish that beamed in MTV and enabled my lifelong adoration of Billy Idol.

The measure of a good pizza was size (the bigger the better) and price (the cheaper the better). Since I lived with two (male) roommates, fellow military history grad students, in a crappy apartment without a workable kitchen, making my own wasn’t an option. There was one excellent pizzeria, Panzera’s in Grandview, Ohio, a few miles outside of Columbus, but it was neither cheap nor close to campus (which meant driving, which meant gas) so it was definitely a special occasion thing. It was family run and had the best pizza I’d eaten since the sad demise of The Capri. Their vegetarian pizza (with green peppers (capsicum), onions, mushrooms, hot peppers, and black olives) opened my eyes to the possibilities of pizza without sausage or pepperoni. They also cut their pizzas into squares, which I thought was very cutting edge and sophisticated. Their crusts weren’t as good as The Capri’s, but they were pretty close: not to thick, not too thin, not overloaded, just right. 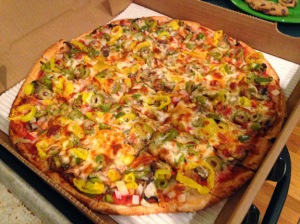 Panzera’s pizza: note the avant garde slicing style. I liked the ones on the “corners” with a low crust-to-topping ratio, the sign of how good the crust was.

Unlike Capri, Panzera’s is still in business. If you find yourself in Central Ohio, go there. Eat Pizza.

Eventually, I plodded through to the end of my eye-wateringly boring dissertation and headed to Washington DC with my shiny new Ph.D. to light up the policy analytical world with my brilliance. I landed at the Institute for Defense Analyses, where I finally met the sister I never had. Susan, our third chosen sister, Elizabeth, and I bonded over dogs. Specifically, over Peanut – my beautiful, blonde, but not too s-m-a-r-t rescue mutt – and (a bit later) Crackerjack – a pesky, willful, and smart-when-it-suited-him cockapoo with a highly-developed taste for shoes, blueberry muffins, and pizza crust. 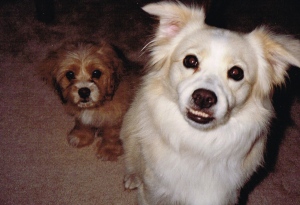 Peanut and Crackerjack, circa 1993. Peanut was a beauty, but as our friend Elizabeth put it, not very “S-M-A-R-T.”

When I took off, in 1993, on a mission trip to Palestine, Peanut and Crackerjack (who was less than four months old at the time) stayed with Susan, who, amazingly, was still speaking to me when I returned three weeks later. Over the coming decades, we Three Musketeers — Susan, Elizabeth, and I — shared many adventures in travel, food, wine, and butterflies.

And Susan and I bonded over Bobolis. Specifically, Bobolis topped with fresh summer tomatoes, roasted sweet corn, basil, and fresh mozzarella. Sometimes we played around with the formula – goat cheese instead of mozzarella; frozen corn and canned tomatoes, or grape tomatoes, in winter; a little chicken here, a black olive there (but only on my side: Susan hates olives). But for the most part, about once a week, we would share Bobolis and a bottle (or two) of wine. It was a friendship made in heaven.

The Three Musketeers at the Virginia Wine Festival in 1994-ish.

Now, Boboli pizza crusts – with their high sugar content, additives, and alarmingly long shelf life – are not the kind of food I generally advocate. I haven’t had one since I started making my own pizza crusts 20 or so years ago. But at the time, when I was still teaching myself to cook and intimidated by yeast, they seemed just the ticket. Way cheaper than a restaurant pie, they also provided control – at least – over toppings. I’m sure if I ate one now, I’d find it pretty revolting – sort of the way I feel about the other great junk foods of my past, like Twinkies and Kraft Macaroni and Cheese. But in 1993, they provided the most convenient and user-friendly canvas available for me to begin my homemade pizza journey.

And my journey moved steadily forward. After Boboli came the bread machine era. My Dad was a bread machine early-adaptor. Mom made awesome fresh bread, but she rarely went to the trouble of making it once I left home and it was only the two of them. The bread machine was their perfect solution – the loaves weren’t too big and the whole process was pretty easy. Over the years, Mom developed some plausible bread machine adaptations of classics. Eventually, I got one for Christmas, too. Sadly, the thermostat (or maybe it was the timer) on mine went fluey early on, resulting in whole-wheat hockey pucks. But I kept the lumbering beast around because it made some pretty awesome pizza dough. It was just the thing when I was living alone, becoming increasingly adventurous in the kitchen, and wanted to make the occasional pizza-for-one.

What I never seemed to be able to accomplish, though, was that crispy, blistery, slightly tangy crust that is – for me, at least – the pizza crust ideal. I tried switching out flours – bread flour made the crust too springy and hard to roll out. I tried special pizza crust flours – the best one is from King Arthur Flour, but you have to be organized enough to remember to order it.

I got a pizza stone, which improved my homemade pies dramatically. But then there was the problem of getting the pizza crust onto the stone. I bought a pizza peel, which looked impressive hanging in my kitchen, but which usually resulted in disaster. I tried cooking the pizza part of the way on a cookie sheet, then sliding it off directly onto the hot stone. That worked pretty well, but the crust still didn’t have that magical, blistery crispness.

Two developments sapped my motivation: Trader Joe’s came to Northern Virginia and a new pizzeria, Valentino’s, opened in Alexandria. Trader Joe’s sells a pretty darned good pre-made pizza dough. You can buy a package or two to have in the fridge for those spur-of-the-moment pizza cravings. Valentino’s is a New York-style pizzeria, and the pizza was awesome. It had the added benefit of being on my way home from work. And they had plenty of vegetarian options, so Simon and I didn’t end up eating the same pizza combo week after week. That, plus the fact that Simon and I had work schedules that meant that we usually only ate dinner together a couple of nights a week, put a pin in my pizza baking.

Moving to New Zealand reawakened my pizza mojo. There is an excellent local pizza chain, Hell Pizza. We are partial to “Purgatory” (feta, spinach, sun-dried tomato, garlic, mushrooms, onion and kalamata olives) and “Limbo” (blue cheese, mushrooms, caramelized onions, tomatoes, and kalamata olives). Hell now advertises that all their pizzas are free range, so we can take comfort that all the little pizzas run free before they are popped in the oven. But Hell pizza doesn’t have that perfect pizza crust that my pizza soul craves. It did, however, have one very awesome ad campaign:

Here’s the bottom line: it turns out that all these years I’ve been trying too hard. Homemade pizza dough is easy. It’s not as easy as falling off a bike, but it is so easy that there is no excuse not to make your own. 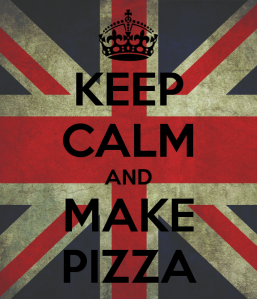