As I sit here on the last Sunday afternoon before Christmas, waiting for Paul and Oliver to come shear the alpacas (our new pre-Christmas tradition), I’m paging through Sundays at Moosewood and being reminded of meals I’ve cooked and countries I’ve visited. This book is a compilation of recipes from the Moosewood Restaurant’s Sunday “ethnic nights.” Sunday is pizza night here, but if it weren’t, I could prepare a meal honouring the alpacas with Chilean Garlic Soup, Torta de Papas, Ensalada Olimipica, and Pan de Navidad. Maybe I’ll do that next year, if the shearing isn’t on a Sunday. Rules are rules. Or perhaps I’d try to recreate the delicious Apfel Kuchen Simon and I ate when we visited the German settlement of Fruitillar during our too-brief visit to Chile in 2012.

When I first bought this book, in 1990, I hadn’t yet discovered the joys of those handy little, bright coloured Post-it flags for tagging recipes to try in a new cookbook. 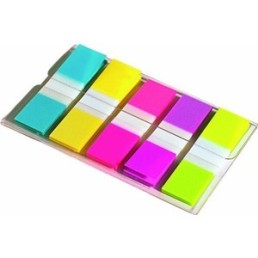 Sometimes I colour code my flags: say, pink for must try immediately, green for ways to cook things I can never find recipes for. Trouble is, I usually forget the code.

In those days, I folded down the corners. I can hear all you bibliophiles groaning, but folded corners are far from the worst abuses my cookbooks suffer, what with all the drips, splashes, and the occasional dog attack. As I look at my copy of Sundays, it seems like every other page is turned down. I’ve tried many of those recipes. Others, I’ve yet to get around to making. But I don’t remember a clunker from this collection, and that it saying something.

Sundays at Moosewood is organised into 18 regional chapters, that include countries or regions from every continent except Antarctica, plus a few very useful appendices. Now that my consciousness has been raised, I note the absence of a Pacific Islands chapter. But this is likely to reflect the fact that Moosewood never had a Pacifika chef. Chile, China, Finland, India, Italy, Japan, Mexico and France (Provence) all get their own chapters. Africa is divided into sub-Saharan and North African chapters. The British Isles, the Middle East, the Caribbean, Eastern Europe, and Southeast Asia are treated regionally. The Jewish diaspora gets its own chapter, separated again into Ashkenazi and Sephardic recipes. And from the United States, New England and the Southern US are singled out for special attention. I’ve relied heavily on the Southern US chapter over the years. 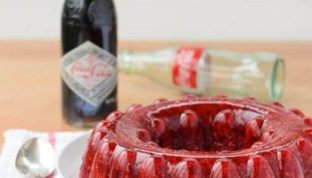 Cocola salad traditionally involves cherry Jello, canned cherries, crushed pineapple, chopped pecans, and cream cheese. I live in horror of jelled anything, but try it if you feel brave.

It includes a vegetarian version of that beloved (said with a touch of irony) Southern Christmas favourite, Cocola Salad. That’s how Southern it is.

In addition to rumpledethumps, among the pages in my copy that are either curly or to which the book opens on its own are: Yellowman’s Banana Lime Bread, Mu Shu Vegetables with Mandarin Pancakes, Buddha’s Garden (with my favourite vegetarian stir-fry sauce), Hernerakkaa (Finish Yellow Split Pea Soup), Dal and Tomato Kachumber (a sort of Indian salsa), Mother Wolff Soup (a Jewish paprikash), Sopa de Lima (Mexican Tomato, Lime, and Tortilla Soup), New England Corn Bisque, My Favorite Philippine Breakfast (a sort of fried rice concoction with vinegar, pickled peppers, and a fried egg that is also excellent for dinner on a night when you need comfort food and all you have in the pantry is rice, eggs, and a jar of jalapeño peppers). I wonder if that last has a proper name in Tagalog. Maybe one of my Fillipino readers will tell us.

The appendices are useful, too. The menu planning section, in addition to a nice collection of suggested menus, includes a page of Related Cuisines so you can mix and match on your own. It also includes a few examples of how to build interesting menus combining divergent cuisines. There is a Guide to Ingredients, Techniques, and Equipment and my all-time-favourite-ever-in-a-cookbook appendix, What We Mean When We Say, “One Medium Onion. . ..” 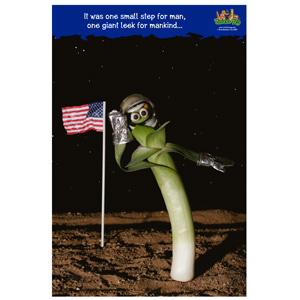 It would not be an exaggeration to say that in the high season, the leeks here approach the size of a baseball bat (but not a cricket bat). When I come across a recipe that calls for “4 leeks, white and light green parts only,” that could easily amount to about a ton of chopped leeks. Okay, maybe not a ton, but a lot more than you’d get from your standard, American, grocery store leek. What We Mean helpfully tells you that 1 medium leek = 3/4 cup chopped or 3 ounces (85 grams).

Do you ever find yourself, wanting to throw your arms in the air and cry “what the hell constitutes a medium zucchini?” as you cope with summer zucchini ranging from wee ones with the flower attached to a giant suitable for Wallace and Grommit’s Giant Vegetable contest? 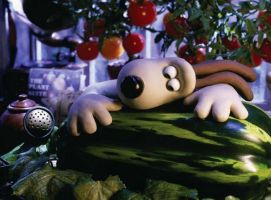 Here’s your answer: 1 medium zucchini weighs 10 oz (285 grams). The most useful thing I’ve learned from What We Mean: a medium bunch of spinach leaves, 10 ounces (285 grams) of fresh spinach by weight will turn into 1 cup (236 ml) of cooked, squeezed dry spinach. There are also weight equivalents of various cheeses and nuts by volume and a handy customary / metric conversion chart.

If you love to travel, but don’t always have the money or the time, Sundays at Moosewood is a good way to wander the globe in your own kitchen. Or just to explore new cuisines without having to buy a new cookbook. All the Moosewood Collective books are good, but this one remains my favourite.

Now, off to Chile to shear the alpacas, then back to Naples to eat some pizza. 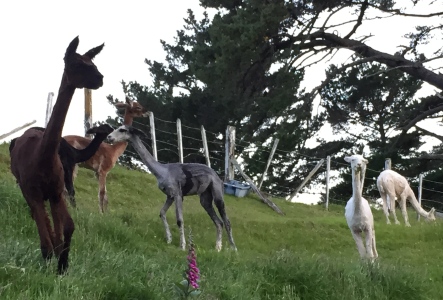 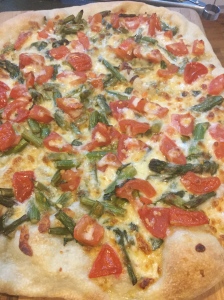